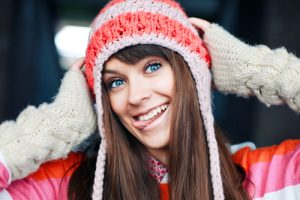 Invisalign Teen is a method of aligning teeth that is designed specifically for tweens and adolescents who have unique oral health needs. Just like regular Invisalign, Invisalign Teen has plenty of perks for the wearer. Teens who qualify for this kind of orthodontic treatment are delighted, and their confidence is far less likely to take a hit when they aren’t self-conscious of their appearance. Here are just some of the things parents need to know about Invisalign Teen.

1. Invisalign Teen is specially made for teens.

There is a lot going on in the mouths of tweens and teens with their still-erupting teeth. Invisalign Teen is made to accommodate these new teeth, while doing the hard work it does for everyone – shifting teeth into complete alignment. For parents who worry that their teens won’t follow the instructions for wearing Invisalign, know this: Every aligner comes with compliance indicator dots that let your dentist known the patient is wearing the aligners as often as they’re supposed to.

2. Invisalign can fix just about everything metal braces can fix.

Even teens with class II malocclusions could potentially be a candidate for Invisalign Teen. The mandibular advancements straighten teeth, move the jaw forward, and improve both the bite and chin appearance, fixing underbites, overbites, open bites, and more.

3. The aligners are practically invisible.

Some teens look forward to wearing braces, others would much prefer to hide their mouth for a few years to avoid drawing attention to their braces. Invisalign Teen eliminates any self-consciousness. The clear aligners are super-slim and very difficult to see – there is no metal mouth with Invisalign Teen!

Braces-wearers have restrictions about the foods they can eat, and they must clean their brackets and wires meticulously to avoid developing tooth decay, stains, or bad breath. Invisalign is easy and convenient. Brush and floss teeth as usual and clean the aligners as instructed by your Woodinville Invisalign provider. Easy peasy.

All braces create a little bit of discomfort for the wearer – they are, after all, moving teeth and their roots into alignment. Soreness is expected from time to time, especially when changing to a new set of aligners. What Invisalign eliminates for a braces-wearer is any discomfort or snags caused by poking and sharp brackets and wires. Invisalign is smooth and comfortable.

6. You can eat whatever you want.

Having the freedom to eat what you want when wearing braces is a big deal. People who wear brackets and wires are restricted from certain foods like popcorn, pizza crust, candy, gum, and crunchy or chewy foods – which are many teens’ favorites. Wearers of Invisalign Teen only need to remove their aligners before they eat, so they have no limitations. They just have to be diligent about brushing and flossing before putting the aligners back in place so all those yummy foods aren’t stuck between tooth enamel and super-snug Invisalign.

Invisalign Teen has changed the way the world sees braces, and it’s made orthodontic treatment far more palatable for thousands of people, especially teens. Schedule a consultation with Soleil Orthodontics in Woodinville, Washington, to talk about Invisalign Teen and learn more.

Scroll back to top

We are fully open for new and existing patients and are adhering to all new covid-19 guidelines in addition to the highest sterilization standards. Click here to read more about our office safety protocols.
×
New Patient Form